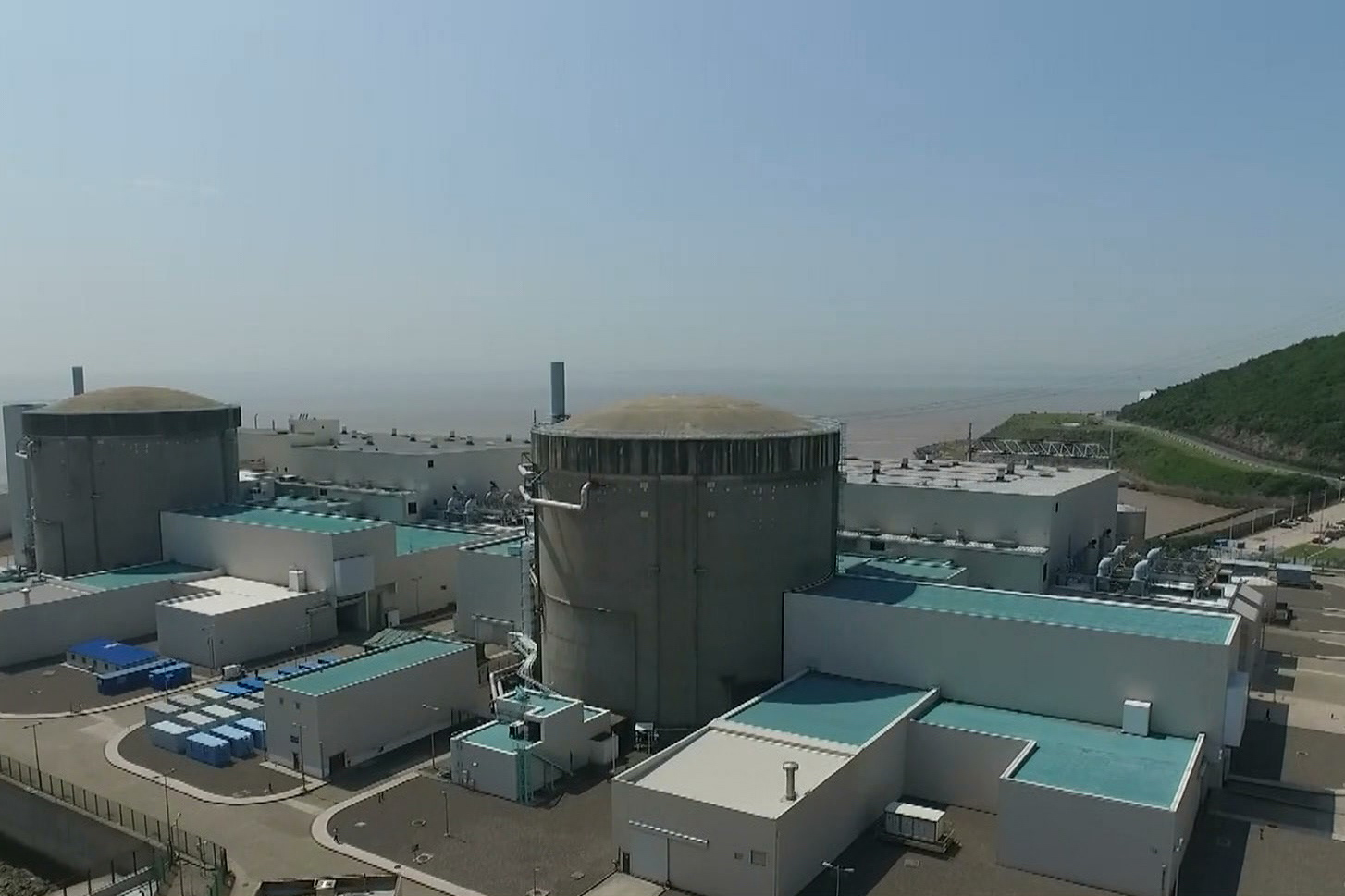 The Canadian nuclear industry rose to immediate challenges posed by the cracking issues, employing neutron beams as part of their research on materials. That research provided confidence to continue with a multi-billion export project, enabled all the stations to assure safety for continued, and resulted in spin-off technology.

The second instance of feeder cracking at the Point Lepreau Generating Station (PLGS) raised the possibility of cracking elsewhere in the fleet of about 20 similar reactors in Canada and several overseas.

The most urgent question following the 2001 incident at PLGS was whether the cracking at PLGS could occur in the two CANDU-6 reactors under construction at Qinshan, China, and if so, whether costly mid-construction design changes would be needed to prevent it. This $4B export was the first large scale cooperative nuclear-power project between Canada and China.[1] AECL accessed the CNBC to examine two feeder bends manufactured according to the specifications designed for use at Qinshan, one of which was given a stress-relieving heat treatment. The study showed that these feeders had much lower stress than was observed in PLGS feeder bends, and after application of the heat treatment, the stress was negligible. The CNBC performed further stress measurements on a Qinshan feeder bend after a surface preparation was applied to increase resistance to fatigue, which did not reveal additional stress introduced by the surface preparation. These results constituted strong evidence to assure the China National Nuclear Corporation that it could continue building these reactors without need for costly mid-construction design changes.

In Canada, the threat of cracking was a challenge to all the stations. Intervenors in the 2003 relicensing hearings for Ontario Power Generation’s (OPG) fleet of ten reactors proposed that all the feeders be replaced or the reactors be shut down.[2] Had the refurbishments of OPG’s fleet – planned to begin in 2016 – begun a decade early in order to replace the feeders, the lost value of these reactors’ design lives would be worth billions of dollars, and would have severely damaged prospects for sales of new Canadian reactors.

All the stations had to implement management activities including inspections in order to respond to the possibility of feeder bend cracking and to guarantee safe, reliable operations. For example, the feeder bends at OPG’s Pickering B Nuclear Generating Station had been manufactured in a similar way to the PLGS feeders and OPG inspected all of them before applying for license renewal in 2003 and committed to continued inspections at each outage.[3]

Since the feeder bends at other power stations had been manufactured using different practices, AECL accessed the CNBC in 2002 and 2003 to examine samples of feeders supplied by the Bruce, Pickering, and Darlington stations in Ontario. The Gentilly-2 station did not need its own analysis because its feeder bends were similar to the others. The Bruce feeder bend had negligible stress due to stress relief during fabrication, evidence accepted by the CNSC that they were less susceptible to stress corrosion cracking.[4] On the other hand, the CNBC showed that the stress in the feeders from OPG stations were not negligible, leading to further analyses of stress using the CNBC in a variety of these bends.

These stress analyses contributed to the safety case during the application for relicensing, by providing a scientific basis to assure the CNSC that this issue was understood and that these feeders presented lower risks of cracking than those at PLGS.

Stress analyses also played a role in helping OPG develop a different approach to its safety case. OPG would be less affected financially by one reactor being down unexpectedly, because it operates ten reactors and much of the lost electricity might be produced by the other nine units. Thus, OPG proposed a new approach to meet regulatory requirements to mitigate failures in feeder tubes. OPG claimed that even if a through-wall crack were to develop, they would detect it well before a rupture of the feeder could occur, and the operators enhanced their leak detection capabilities where needed.[5] This “leak-before-break” mode of failure was an element of the safety cases OPG presented to the CNSC for relicensing of its stations in 2003.[6]

The CNSC accepted this strategy in the 2003 relicensing, but took the view that the industry must continue, as a high priority, to develop a better scientific understanding of feeder degradation.  OPG further developed its “leak-before-break” concept, including demonstration testing. Before destructive leak tests of feeder bends were performed, the CNBC measured the stress distributions before and after wall-thinning to ensure that they were representative of bends in operating reactors, and showed that the thinning process had not altered the stress significantly. Subsequently, an independent technical assessment recommended that OPG’s approach satisfactorily met the intent of the regulations.[7] Now, the CNSC regulations require new nuclear stations to include a flaw-detection capability that is timely enough to detect leaks well before a feeder can rupture.[8]

In the end, all of the nuclear utilities were able to assure the CNSC that the possibility of feeder cracking at their plants would be manageable within the safety envelope and were able to renew their licenses.

Rising to the challenges posed by the cracking has also resulted in spin-off technology. As a result of the widespread use of stress data obtained with neutron beams to verify the likelihood of feeder cracking, the CNSC expected to see such data before qualifying any innovative activities that might affect the integrity of feeder bends or welds. For example, a welding services firm developed a welding system that has the dual advantages of being able to fit into the tight spaces around feeder pipes and to leave an acceptable degree of stress in the feeder material. In 2005, the firm accessed the CNBC to measure the stress before and after applying its new structural weld overlay method on test feeders representing the OPG stations. The data validated theoretical models of the stress and demonstrated that the firm could use its method to predictably manage stress.[9] The firm then patented its welding system and is – at the time of this writing in 2014 – competing for contracts from CANDU operators for welding services in which it will use the new system.

The availability of neutron beams at the CNBC to easily obtain stress data non-destructively has been of immense benefit not only to NB Power, but also to the industry as a whole. The final article of this series explores the impacts on the operating capacity of the fleet, and how this issue has been ultimately solved.

[2] See for example: “In light of the uncertainties, Dr. Greening is of the view that the risk of continued operation of Pickering NGS-A is too great. Dr. Greening therefore recommended that either all the feeder pipes be replaced at Pickering NGS-A, or that the reactors be permanently shut down.” CNSC. Record of Proceedings, Including Reasons for Decision In the Matter of Ontario Power Generation Inc. Application for the renewal of the operating licence for the Pickering A Generating Station. June 25, 2003. http://ccsn.gc.ca/eng/commission/pdf/OPG-PickeringA-e.pdf.

[3] CNSC. Record of Proceedings, Including Reasons for Decision In the Matter of Ontario Power Generation Inc. Application for the renewal of the operating licence for the Pickering B Generating Station. June 25, 2003. http://www.nuclearsafety.gc.ca/eng/commission/pdf/OPG-PickeringB-e.pdf

[5] See for example, for Darlington: CNSC. Record of Proceedings, Including Reasons for Decision In the Matter of Ontario Power Generation Inc. Application for the Renewal of the Operating Licence for the Darlington Nuclear Generating Station. Feb 21, 2003. http://www.nuclearsafety.gc.ca/eng/commission/pdf/OPG-Darlington-e.pdf

[6] See for example, “In response to the Commission’s questions on leak detection, OPG stated that a feeder pipe is likely to leak before it ruptures and that even if a feeder pipe does fail, the facility is designed with sufficient defence-in-depth to greatly limit the risk of fuel failure or significant impact on the public or environment.” CNSC. Record of Proceedings, Including Reasons for Decision In the Matter of Ontario Power Generation Inc. Application for the renewal of the operating licence for the Pickering A Generating Station. June 25, 2003. http://ccsn.gc.ca/eng/commission/pdf/OPG-PickeringA-e.pdf

An unexpected incident at a Canadian nuclear power plant led to an urgent need for greater scientific understanding of the underlying cause. Stress measurements with neutron beams played a critical role, both in the immediate failure analysis and in subsequent activities over a decade to assure the safe, reliable and economic operations of Canada’s nuclear power plants. This series of articles reviews the resulting impacts on the industry, which include informing safety evaluations, providing confidence for a multi-billion export project, minimizing down time, informing lifetime management, and ultimately solving the underlying issue for the long term:

Mock-up of a CANDU reactor face. The feeders are pipes (black) attached to each end of the hundreds of channels (yellow) through the reactor core holding the nuclear fuel. The feeders circulate heavy-water coolant from the fuel channels to the steam generators. Each feeder contains multiple bends. (Image: NA Engineering)